You are here: Home>About>History of the Museum

History of the Museum

The Farmland Museum started out as bits of broken pottery kept in a shoebox by four-year-old Craig Delanoy in the village of Haddenham in 1969.

The museum opened for one Sunday a month and was run solely by volunteers under the curatorship of Mike and Lorna Delanoy (Craig’s parents). They received MBEs for their service to museums and for raising money for good causes.

The collection grew and after being in Mike and Lorna’s  garden until the early 1990s (main image), the museum was moved in 1995 to the site where Denny Abbey stands, just off the A10 between Cambridge and Ely. It re-opened in 1997 in renovated farm buildings with a new education block.  The museum collection covers village and farming life of rural Cambridgeshire including large machinery and domestic items.

Since then, additions have included converting an 1850s farm labourer’s cottage into a 1940s cottage, complete with outdoor privy, re-creating what life was like for a farm workers family.

Denny Abbey was lived in by three different religious orders (and owned by 4!) until Henry VIII closed it and sold off the building and surrounding land. From the time it was sold off and the Countess of Pembroke’s church extension demolished, farming families inhabited the former medieval church until the early 20th century.

Other interesting delights at the site include display rooms about basket making, a farriers, an early 20th century typical village shop and a dairy. The museum also has a recreation of a fen man’s hut.

Visit the “Things to See” section of our website to discover more. We look forward to welcoming you to the museum very soon! 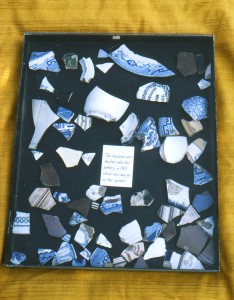